This ripper 46cm trevally was caught aboard the Noosa Fishing and Crab Adventures this week! 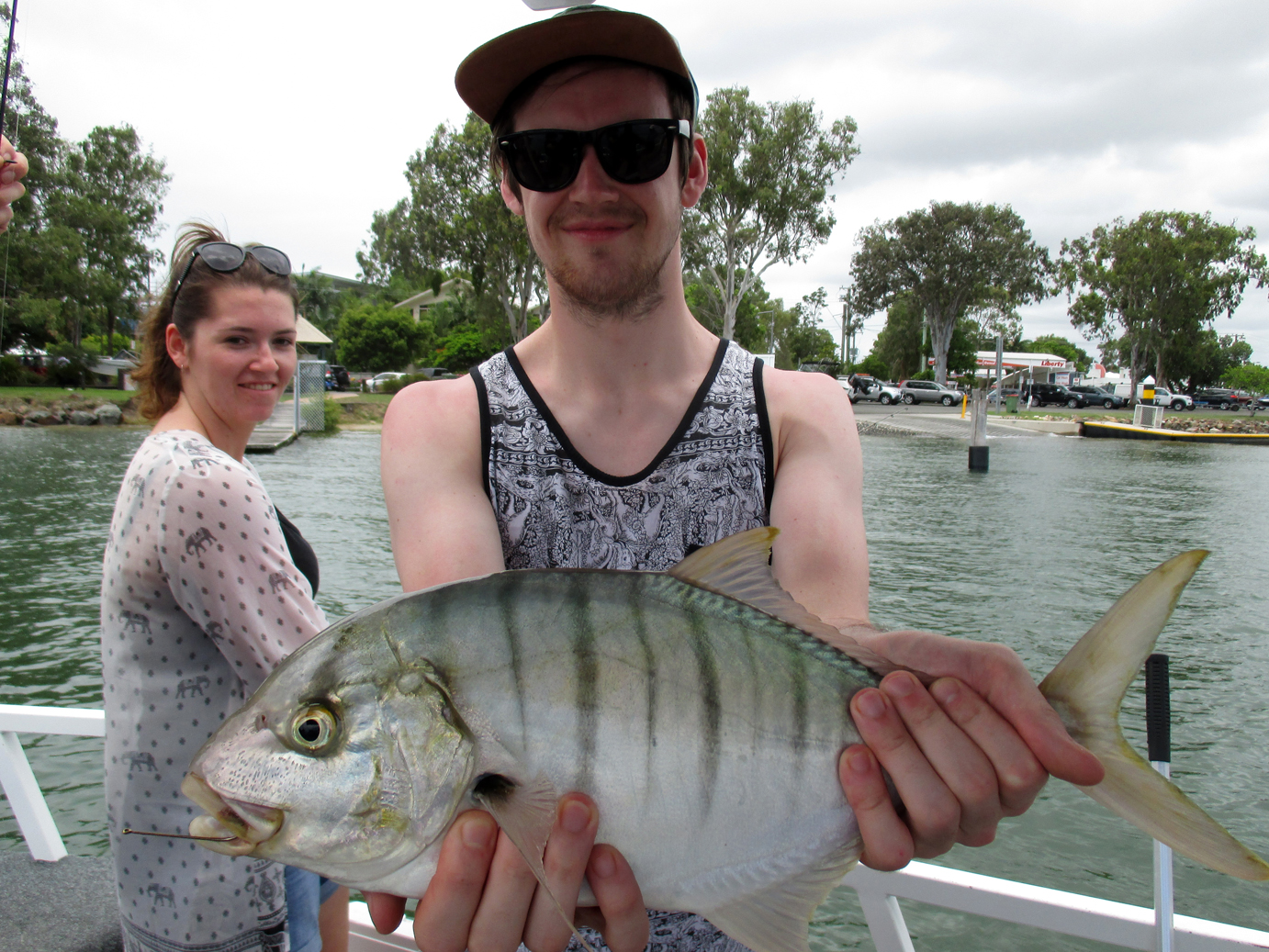 The river has seen lots of bream around deeper holes and structures such as the Tewantin Marina and the boathouse. Prawns and worms are the best baits when targeting bream. There has been some nice silver trevally caught in the top end of the river mainly around woods bay with mullet strips and pilchards being the best baits. The river mouth has seen some ripper mangrove jacks and jewfish over the past week at the top of the tide. There have been some ripper flathead caught this week anywhere between Tewantin and the ferry crossing mainly around Makepeace Island. Soft plastics are the best form of fishing when targeting flathead although prawns will work also. The ski run has seen some nice catches at dusk and dawn. There has been some nice mud crabs caught in the river mainly around the dirtier waters such as Lake Cooroibah and the second ski run.

Until next week good luck from the boys at O Boats!